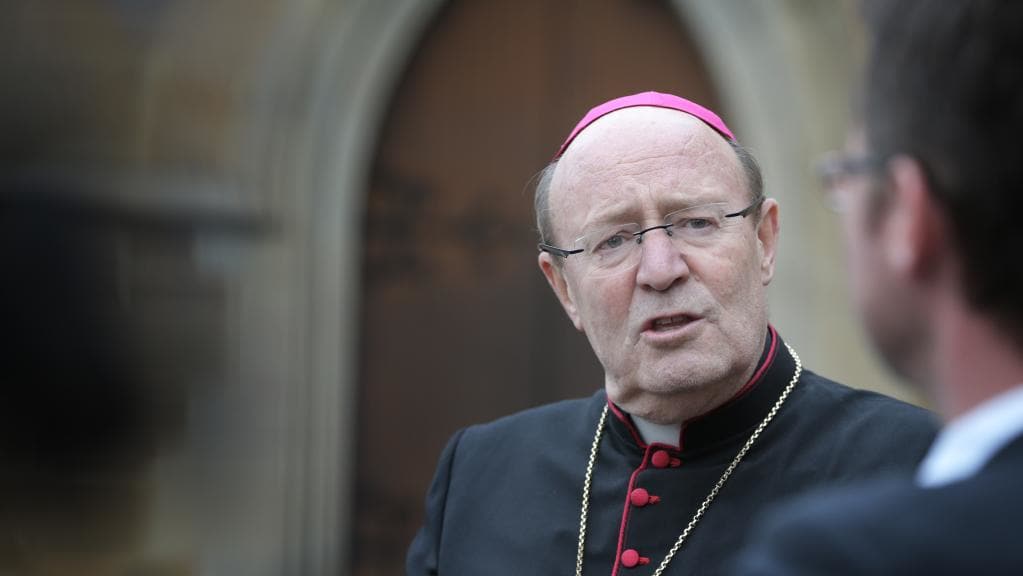 Archbishop Julian Porteus is seen by thousands of Tasmanian Catholics as their spiritual and moral guide. So when in 2015 same-sex marriage became a major issue of national debate Archbishop Porteus issued a leaflet informing Tasmanian Catholics of the church’s position on the meaning of marriage and why its position is reasonable. The leaflet Don’t Mess with Marriage was given to Catholic school pupils to be in turn delivered to their parents.

“In distributing the Pastoral Letter, Don’t Mess With Marriage, my aim was to assist the Catholic community in understanding the teaching of the Catholic Church, at a time when debate on this matter was widespread within the community,” Archbishop Porteous said.

The leaflet began by affirming that “every man, woman and child has great dignity and worth which can never be taken away. This includes those who experience same-sex attraction.” It also affirmed “The Catholic Church opposes all forms of unjust discrimination.” The leaflet showed that the church’s position on marriage and the family was at odds with same-sex marriage. It also contended that same-sex marriage would likely not be good for children in those families compared with children in the average male-female parent family. Arguing that same-sex marriage would not be as good for children of those partnerships, the leaflet said “‘Messing with marriage’, therefore, is also ‘messing with kids.’”

In response to the leaflet a transgender activist and Greens candidate, Martine Delaney, lodged a complaint to the Tasmanian Anti-Discrimination Commission in late 2015 for allegedly breaching the Anti-Discrimination Act, which makes it illegal to humiliate or offend an individual or group based on sex or sexuality. Delaney said that the phrase “messing with marriage is messing with children” could be taken as an insinuation that same-sex parents would sexually abuse their children. Delaney also alleged that the church has no right to present its views as though they are fact.

Under Tasmanian law, the Commission has the power to reject a complaint that is trivial, vexatious or lacking in substance. Despite this, Delaney’s complaint was accepted by the Tasmanian Commission and Archbishop Porteus had to appear before the Commission and try to negotiate a settlement with Delaney. Delaney wanted the church to change the tract and to make it less “accusatory and demeaning” and for it to state that its views were not fact. The church refused because it strongly rejected the accusation that the tract was demeaning to anyone, and held that it’s information was sound and published in good faith.

The leaflet abused no one. It did not encourage anyone to discriminate against others. It affirmed the dignity and equality of members of the LGBTQ community. Still, the Anti-Discrimination Commission accepted the complaint.

The case lasted for nine months. During the process, Archbishop Porteus had no idea how long the case against him would last and had to spend many hours preoccupied with the process of preparing for a hearing rather than carrying on with his usual duties. With an unresolved claim hanging over his head Archbishop Porteous was also sidelined from participating in advocating for the Catholic doctrine of marriage in the public square. There is no doubt that the claim would also have had a chilling effect on the engagement by Catholics and other religious believers in discussions around marriage.

Archbishop Porteus had the Catholic Church to support him through the process, but most ordinary Australians would have no one to help them cover any legal costs and loss of income incurred by fighting for their freedom to express their religious beliefs. In May 2016, Delaney, who insisted that the leaflet’s views do “immeasurable harm”, suddenly dropped the claim. Delaney did not have to pay any costs of the Archbishop that were incurred in defending the claim.

Archbishop Porteous did not have to face a hearing. Other Australians may not be so lucky.