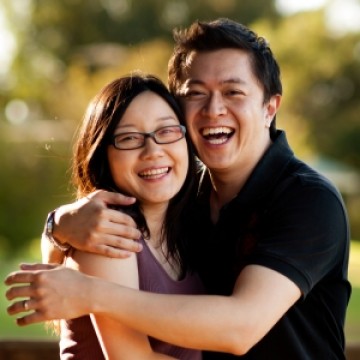 Out of respect for his clients, Jason had a policy of telling same-sex couples that he had a conflict of belief with same-sex marriage but that he was still happy to photograph them if they were happy to engage him. He explains that photography – being an art form – is a combination of skill, which is objective and artistry, which is subjective. As such, the best results on the subjective side may come from a photographer without a conflict. He thought that sharing his beliefs was necessary if the prospective customer was to make a fully informed decision. Jason never refused service. In fact, some same-sex couples politely declined his services after he told them of his beliefs, which convinced him that his beliefs do make a difference to people, and that therefore out of respect and professionalism he should inform them.

This had never caused him any trouble with his business until after the marriage laws changed at the end of 2017. When, in 2018, Jason was approached by a same-sex couple to photograph their family, Jason told the couple his convictions and that if they preferred an alternative photographer, he could provide a list of his peers who did not have a conflict of belief. Alternatively, if they really loved the work he did and were still willing to go ahead, he’d be happy to take the photos, with no difference in the level of skill or professionalism. Soon after, the couple re-posted a short extract from Jason’s response on Facebook. Almost immediately, Jason began receiving a flood of abusive messages which lasted for weeks.

One month later, Jason received an email from the Western Australian Equal Opportunity Commission informing him that the offended couple had made a formal complaint against his business for discrimination. This was the beginning of seven months of anxiety and stress for Jason and his family as they faced the uncertainty of a court action and its potential consequences. The offended couple demanded that Jason admit that he had discriminated against them and that he publish an apology on his website and social media pages for two months. Jason could not in good conscience do this, and so the case was escalated to the State Administrative Tribunal. In February 2019, just before the Tribunal hearing was to be held, the complaint was withdrawn.

Not only was the seven months between the lodging of the complaint and its withdrawal a stressful time for the Teys, their defence and legal consultation cost them thousands of dollars. This experience showed Jason how potentially vulnerable small businesses are, not just to social media attacks, but to the legal process itself once complaints are made. If the complainants got their way and Jason had to publish an apology on all websites for his business; it would certainly have had a very detrimental effect on his income.

Jason continues to work as a professional photographer, but wonders how different things might have turned out if the complaint hadn’t been withdrawn. All this was because Jason wanted to be honest, respectful, and upfront about his religious beliefs.